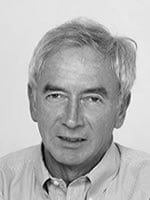 Born in London, Brian is an experienced executive and non-executive director with an extensive background in media and advertising, spanning over 30 years. Brian spent 15 years with The Times and Sunday Times in a variety of executive roles, gaining significant operational experience across editorial and advertising.

He later returned to London and joined The Observer as a Director and was also on the main board of the newly launched Today newspaper. During this period in the UK he headed up the development of The Observer’s enterprise division which embraced film production, book publishing and the successful launch of new magazine titles.

He is the author of several books, including the highly acclaimed Shipwrecks (Timmins), as well as being the author of a successful international cartoon strip.

In 2006 Brian was appointed to the position of Chief Executive Officer of The Institute for Trade Skills Excellence. He is a committed proponent of vocational education and training, and is now CEO of SkillsOne Television and Founder and Chair of National Skills Week.

In 2013, Brian was nominated as Chair of WorldSkills Australia, a position he held for 5 years.

Brian also holds several non-executive board positions, which include Creative Communications, and Chair of The Australian Children’s Music Foundation. 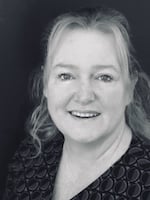 Anne is passionate about building people’s understanding of Vocational Education and Training in Australia. With over 28 years of experience and expertise in education, hospitality, tourism, retail, human resources, and business consulting , her focus has always been on measurable returns, leading and developing high performing teams, and creating the best opportunities and experiences for students and Industry. Anne’s particular success and expertise has been to forge extremely valuable partnerships with stakeholders to create and deliver meaningful and relevant training and education programs resulting in industry-ready graduates, exciting, beneficial student experiences and positive outcomes for industry.

Anne has engaged with SkillsOne for at least 7 years- either in her VET and management roles or recently for the past 3.5 years as Project Director of National Skills Week. 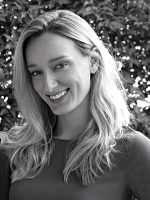 Madeleine has rejoined the team in 2021 working as the Project Coordinator of National Skills Week.

Madeleine is highly organised and creative thinking media professional, with a background as a digital media producer, specialising in video production and events coordination management. Madeleine has a Bachelor in Media and Communications is studying a Masters in Teaching so she can share her passion for Education in the classroom. 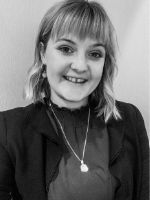 Phoebe is passionate about bringing Vocational Education and Training knowledge to those in Australia. Phoebe joined the SkillsOne team in 2019, working on National Skills Week programs. Phoebe graduated with a Bachelors in Business, Events Management in 2017 and  has been working in the events industry for over 5 years, which led her to her role at SkillsOne. She is eager to share her knowledge of Vocational Education and Training with as many people as she can reach.

Sign up today to receive the viewing link and passcode. Everything you need to know to support your child to make informed career choices.

Do not show this window again.
X